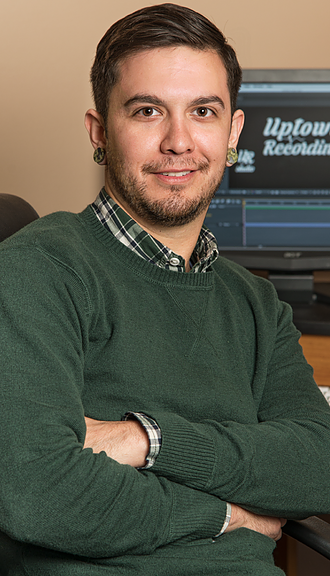 Patrick moved to Uptown in 2006 to attend the Art Institute of Chicago, studying Digital Media and Film.  His musical career, however, started in grade school where he was classically trained as a vocalist, which fueled his passion for music and led him to play guitar.

After many jam sessions with “Tasty Leads” and "Dr. Funkenstuff”, he was invited to check out Uptown Recording and it inherently became a second home. Patrick began assisting in sessions whenever and wherever he could, gradually becoming part of the bigger picture. He is sought often for his ideas for any project due to his ability to help facilitate the creation of digital content across a multitude of platforms, from concept through to delivery.